Our organisation offers translation service from English to French to fund our social projects !

We are familiar with the specific language and terminology related to blockchain technology and cryptocurrencies and we, the translators who are going to take care of your translation, are experts in translation. We are willing to help more projects get the visibility they deserve in the French-speaking world.

If you are looking for someone to translate any of your content (website, App, whitepaper, ICO guide, videos, or books related to the cryptosphere, …) in French, please, don’t hesitate to contact us.

French is the 5th most spoken language in the world. Don’t miss the French Market. Start translating your blockchain and cryptocurrencies’ projects into French. Now.

Why translate in French

French is in 5th place after Mandarin, English, Spanish and Arabic or Hindi among the most widely spoken languages in the world. But, after English, it is the second most learned language (hence an impressive potential).

French is spoken across the five continents, in nearly all world countries !

French is the 3rd most important business language in the world after English and Chinese according to Bloomberg.

French is the 2nd most useful language in trade after German and ahead of Spanish, Arabic and Chinese for UK firms according to the British Council.

And French is also…

When choosing a translator, pay attention to…

Today, everyone can be  « a translator » because of Google Translation. But not everyone is able to translate proprely. You need to find an expert in the blockchain industry who understands the technology and terminologies to produce an accurate translation.

Note that all our translations are reviewed by a second translator specialized in translation review because 4 eyes are always better than two! 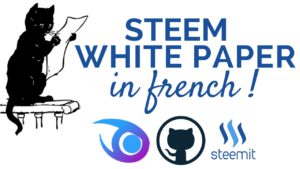 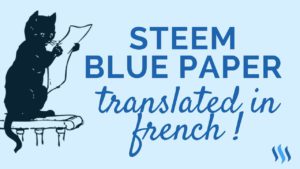 By choosing us to translate your content, you are helping our organisation grow and continue to help youths develop their potential through self-esteem training, international youths exchanges and School-coaching.

Oh… And by the way. We accept cryptoccurency as payment.